Chaos and Freedom in Improvisation

200e (3 Hour Team Workshop)
350e (Full day 6 hour Workshop)
Weekend 2-Day Workshop available upon request
The details:
Time to vamp up the anarchy, destruction and chaos. In the workshop, the exploration will focus on ensemble and the top of everyone's capacity. The concepts involved are through how improvisers work together for the purpose of the unknown and unforeseen. We will rally the mess and incohesive to drive forth the artistry and beauteous harmony. Exploring chaos and breaking rules from the point of structural and holistic subconscious mindsets, not improvisation: we will enhance the performance of the players to play, accessing the full potential of everything being possible. Creating theatre through playfulness has always been my focus and now is the time to express yourself through it too.

200e (3 hour Team Workshop)
350e (Full day 6 hour Workshop)
The details:
Turning improvisers into Zorro's includes looking at the mightiness of those around you and yourself and trusting each and everyone. We discover and explore many aspects of this looking at improvised comedy and theatre. The workshop expands the use of the individual and what they offer; to their self, to their partner and to their cast members. We seek to understand our self as an improviser and expand the skills in reflection.


An ambush of delight, as the search and insight into getting our improv to be as efficient as we can, as we affectively work the improviser. Looking at the elements of our improv that assist us with being engaged and effortless, the scenes will be plenty. It will be the workout fit for a king. Exploring the style of the group, we shall keep ourselves yearning for the next step with intrigue of how fluent our efforts proves our ease.


This high energy exploration of the fun, the speed and the ease that we can desire in improvisation, shall leave us open and keen. The look at game, and playing into the flow of the overall production to be a fast-paced performance, has many benefits. The groupmind, acquiring the game[s] of the scene instantly, sustaining the fun and disengaging with self and ego for an acute instinct and impulse is the focus. In our organic and premise scenework, we can chose many approaches to our improv. In this we shall look at both and seek the message of the flow. Flow can come from the group togetherness and loss of ego, judgement and expectation.


Clown for your Improv

200e (3 hour Team Workshop)
350e (Full day Workshop)
The details:
In improvisation, clowns revel; so, what can it offer improvisers? Many improvisers look to extend their skills and experience outside of improv. We shall enter the world of clown. Here is the offer to connect to the clown energy and explore the realm of naivety, positivity and connection, and play assorted improv forms, short and long. Mixing the arts has often extended the possibilities of one art. The tool belt can have one more notch in it when we search for your clown and notice and locate the similarities in the two art forms.

Other available workshops are:

Improv for Beginners
A Capella Musical
Shut-up and be Silent
Improv for Autism
Youth Improv
Processworks: beyond your limitations and edge
The Magic of Wizardy
Trance-based Improv

"Wonderful workshop with 'self-narrating Nathan' brought together the magical support from oneself and the freedom provided by chaos." Anonymous, Estonia

"Tonight was great, it always is." Chris, UK (Weekly Sessions)

"Thank you very much for the great workshops! It was good to do both 'Chaos' and 'Zorro' - it gave two different perspectives to the impro: Chaos was as it sounds chaotic. It gave the possibilities to feel yourself free, to throw yourself into the unknown. Zorro was more about emotion inside the head. It made you realise how little you actually needed to do onstage, that if you really felt it, the audience would see it." Jacintha, Estonia and Finland.

"Thank you for your power and being dynamic!" Anonymous, Germany

"You had a great thought [or way] of being with us. A relaxing Sunday, thanks." Anonymous, Finland

"I really love the focus of this workshop... Thanks for everything." İpek Nisa Beslen, Turkey

"Loved the visualisation exercises - they're useful for group work as well as individual stuff. Actually 'seeing' things makes the scenes clearer and it's easier to stay in the emotion. Thanks." Hazel, Finland
"I had a great time and feel that I've made a huge step forward in improv. Thanks." Denitsa, Belgium

"Lots of variation, really good for me..." Faizal, UK

"Good 'package', consistent... Thank you for a nice and allowing atmosphere." Anonymous, Finland

"It broadened my looking at scenes." Anonymous, Germany

"Thank you for breaking down the barriers and bringing them all beautifully together in full scenes!" Kelly, Belgium

"I feel I got a BIG ahaa on what I should work on after this when I do improv. That was really nice. This workshop also gave 'filling' around other stuff I have got to experiment with lately. A useful workshop with good atmosphere and exercises." Anonymous, Finland

"Thank you for... all the learnings." Meriç Tonoy, Turkey

"Thank you very much, lot of new stuff." Anonymous, Finland

"Thank you for the chaotic fun!" Anonymous, Germany

"Nathan did an amazing job to involve us and to make the workshop really interesting and gripping."Ruggero, UK

"Really nice workshop - time flies." Anonymous, Finland
﻿
All costs are the same in £, to keep to a UK and EU market norms.

In 2006, Keates, Nathan, facilitated workshops for fellow students (due to still being in studies at university). In 2007, Keates had a massively successful flaunt in America, running workshops for children with learning difficulties and the summer camp supported a lot of youth on the Autism Spectrum Conditions, ASC. The camp director made a risky choice taking onboard a specialism they knew nothing about and at the end asked for Nathan to return the following year. (Unfortunately this was not possible). Come 2008, Keates and Mills, Matt, started performing under the group Ludus Ludius, and the workshops went public. 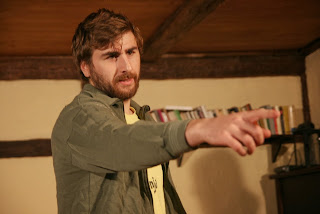 A brief over view of the various workshops ran so far are below:
﻿